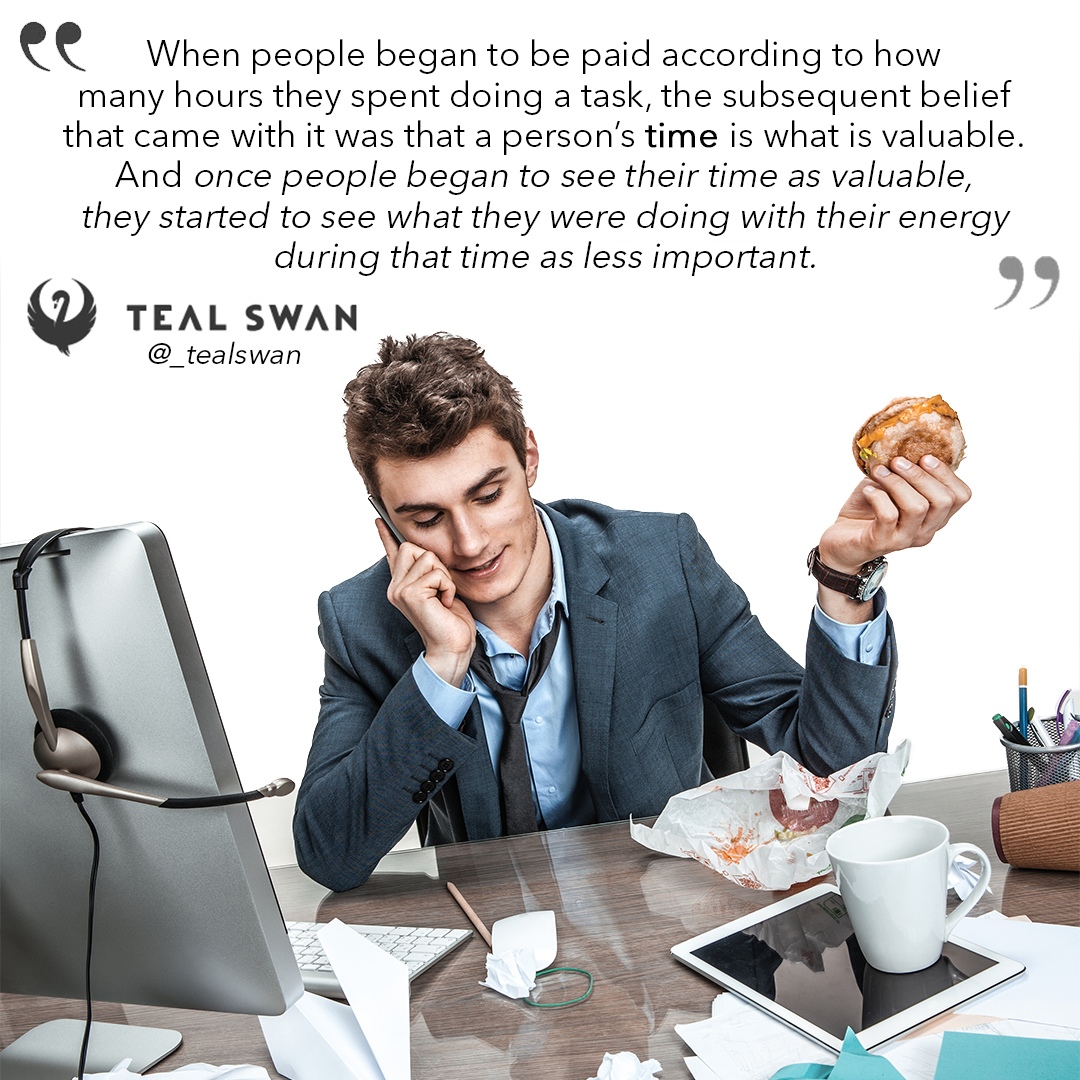 When people began to be paid according to how many hours they spent doing a task, the subsequent belief that came with it was that a person’s time is what is valuable. And once people began to see their time as valuable, they started to see what they were doing with their energy during that time as less important.