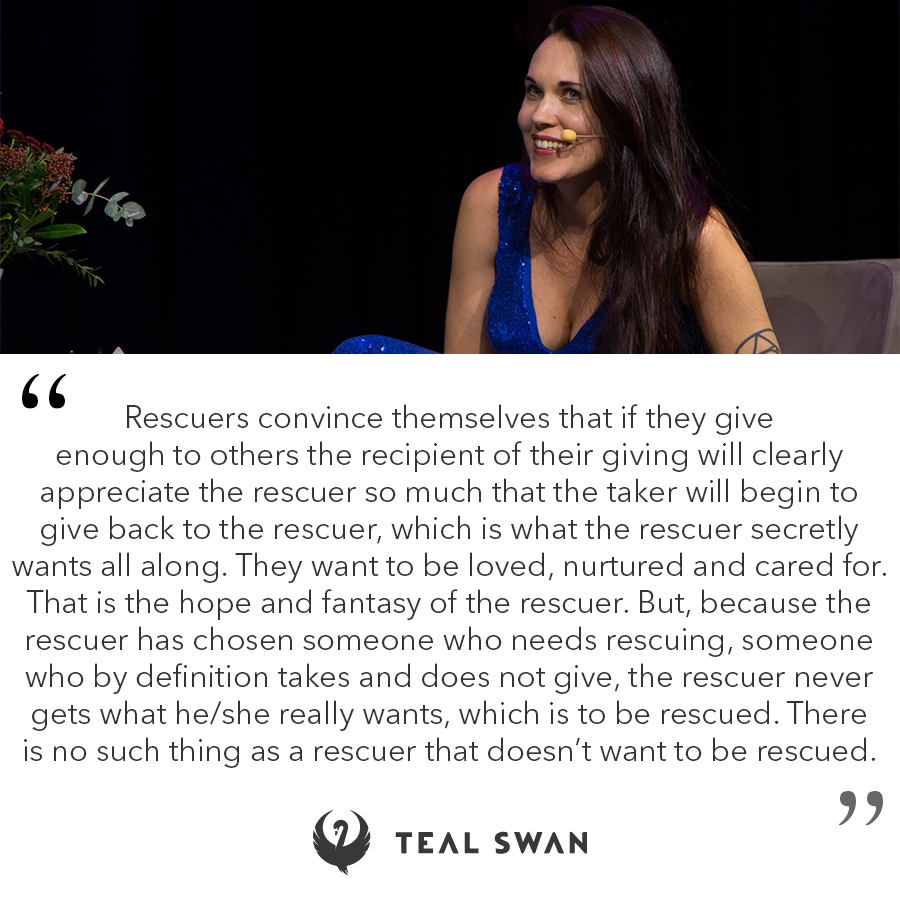 Rescuers convince themselves that if they give enough to others the recipient of their giving will clearly appreciate the rescuer so much that the taker will begin to give back to the rescuer, which is what the rescuer secretly wants all along. They want to be loved, nurtured and cared for. That is the hope and fantasy of the rescuer. But, because the rescuer has chosen someone who needs rescuing, someone who by definition takes and does not give, the rescuer never gets what he/she really wants, which is to be rescued. There is no such thing as a rescuer that doesn't want to be rescued.