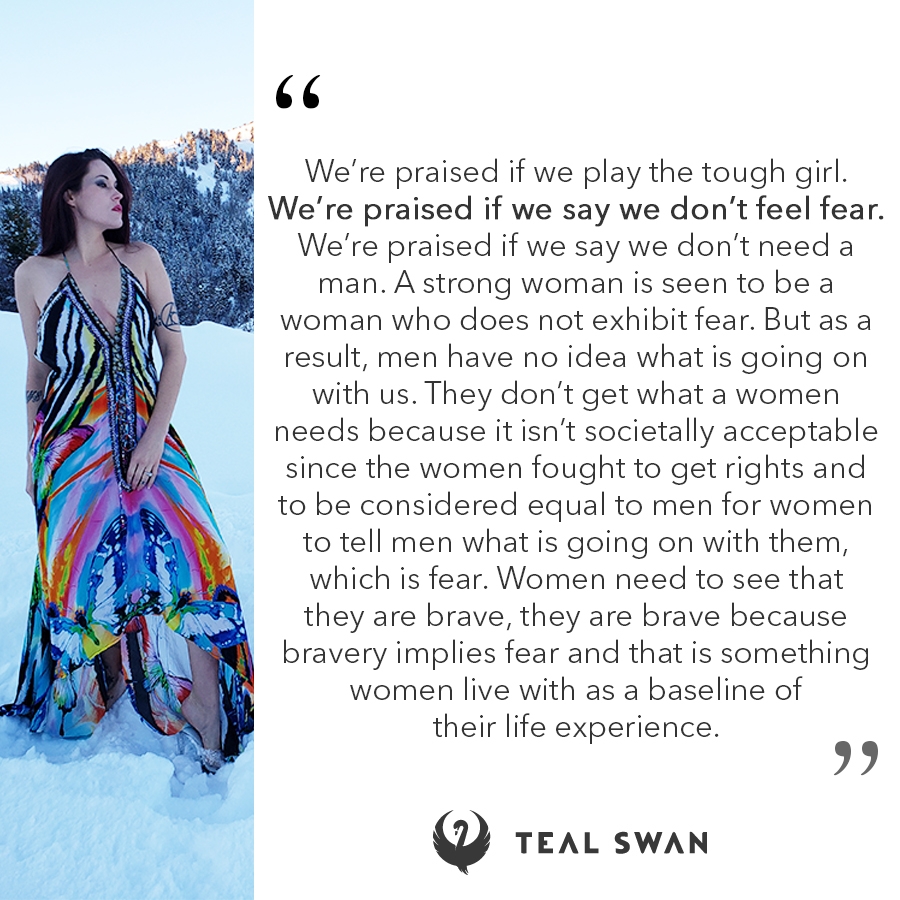 We're praised if we play the tough girl. We're praised if we say we don't feel fear. We're praised if we say we don't need a man. A strong woman is seen to be a woman who does not exhibit fear. But as a result, men have no idea what is going on with us. They don't get what a women needs because it isn't societally acceptable since the women fought to get rights and to be considered equal to men for women to tell men what is going on with them, which is fear. Women need to see that they are brave, they are brave because bravery implies fear and that is something women live with as a baseline of their life experience.