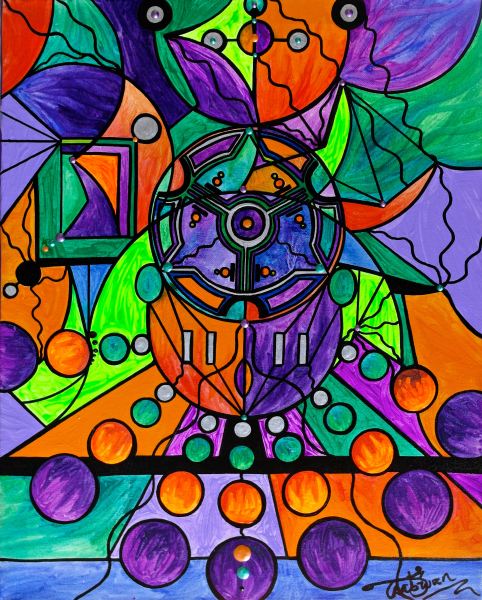 A Pleiadian Lightwork Model representing a great conjunction that causes congruence between Earth, The Pleiades and Venus.  This conjunction causes congruence between them, creating an ending to the cycle of polarity on earth and beginning a new cycle whereby the earth is ruled instead by complete synthesis, the manifestation of the purest expression of universal consciousness, which is love.  Having this lightwork model in your living space causes harmony on all levels, including harmony between the internal and external.  Displaying this frequency is both a statement in support of and a demonstration of your commitment to: Ending the cycle of polarity.

Like Teal Swan's paintings and "Let The Universe Choose Your Message"? You might like Teal's Frequency guidance deck!
The deck contains 77 frequency cards, and a booklet with descriptions of each card meaning as well as some reading spreads you can use the cards for.